Title: Phoebe’s Light
Author: Suzanne Woods Fisher
Genre: Historical romance
Release Date: February 6, 2018
Phoebe Starbuck has always adjusted her sails and rudder to the whims of her father. Now, for the first time, she’s doing what she wants to do: marrying Captain Phineas Foulger and sailing far away from Nantucket. As she leaves on her grand adventure, her father gives her two gifts, both of which Phoebe sees little need for. The first is an old sheepskin journal from Great Mary, her highly revered great-grandmother. The other is a “minder” on the whaling ship in the form of cooper Matthew Marcy, a man whom she loathes.
Soon Phoebe discovers that life at sea is no easier than life on land. Lonely, seasick, and disillusioned, she turns the pages of Great Mary’s journal and finds herself drawn into the life of this noble woman. To Phoebe’s shock, her great-grandmother has left a secret behind that carries repercussions for everyone aboard the ship, especially her husband the captain and her shadow the cooper. This story within a story catapults Phoebe into seeing her life in an entirely new way—just in time.
In this brand-new series, bestselling author Suzanne Woods Fisher brings her signature twists and turns to bear on a fascinating new faith community: the Quakers of colonial-era Nantucket Island.
My Thoughts: I absolutely loved Phoebe's Light! The story is amazing and the characters are so real and life like that you forget they're fiction. I enjoyed how strong Phoebe was. It's not easy to stand up to your parents and make a life for yourself but she knew what she wanted and was willing to fight for what was right. I'm excited to see what the next adventure holds in Ms. Wood's new series. If historical fiction isn't your normal genre of choice I do hope you will give Phoebe's Light a chance. It may become your new favorite read.
* I was provided a free copy of this book. All opinions expressed above are my own.

Suzanne Woods Fisher is an award-winning, bestselling author of more than two dozen novels, including Anna’s Crossing, The Newcomer, and The Return in the Amish Beginnings series, The Bishop’s Family series, and The Inn at Eagle Hill series, as well as nonfiction books about the Amish, including Amish Peace and The Heart of the Amish. She lives in California. Learn more at www.suzannewoodsfisher.com and follow Suzanne on Twitter @suzannewfisher.

A Stroll down Petticoat Row
Thirty years ago, I talked my sister into going on a trip to Nantucket Island. It’s one of those places that had always intrigued me. As a girl in the 1930s, my mother’s family vacationed in Nantucket; she even has a lightship basket to show for it. I expected the island to be interesting and beautiful, and it certainly did not disappoint. But something else happened as I walked down Centre Street one morning. This island captured my imagination in a way that’s hard to put into words. At the risk of sounding a tiny bit sun touched, I could practically see 19th century people on the roads, hear the “thee’s and thou’s” in their speech, even smell the strong scents of a bygone century—the musky perfume of rendered whale oil, the burning wood of the blacksmith, all mingled with the bracing sea air.
Centre Street has a local nickname: Petticoat Row. It comes from the 1800s, when men were at sea for long periods and women stepped into their shoes to keep businesses going. Nantucket women gained a reputation for being strong and capable. Their competence was encouraged by the Society of Friends (Quakers), the island’s dominant religion, which believed in the equality of men and women in all aspects of life. That hasn’t changed. Today, half of all Nantucket businesses are run by women.
Petticoat Row stuck in my mind, and eventually became the hook to contract a series of historical fiction with Revell Books. The ‘Nantucket Legacy’ series covers the rise and fall of Nantucket’s whaling period, when it became the wealthiest port in the world.
First up is Phoebe’s Light, releasing in February 2018, a novel about a spirited young woman who seeks her fortune only to find out she already had it.
After reading about Phoebe, I hope you’ll consider planning a trip to Nantucket (though try to go off-season. The population swells five times in the summer!). When you go, include a stop at the Petticoat Row Bakery (35 Centre Street)—the very location where Phoebe grew up, albeit a few centuries ago. Don’t leave the island without trying the Morning Glory Muffins, an island favorite. So worth the trip!

Instructions:
Sift together sugar, flour, cinnamon, baking soda, and salt into a large bowl. Add the fruit, carrots and nuts and stir to combine.
In a separate bowl, whisk eggs with oil and vanilla. Combine with dry ingredients and blend well.
Spoon batter into cupcake tins lined with muffin papers. Fill each cup to the brim. Bake in a preheated 350 degree oven for 35-40 minutes. These muffins needs 24 hours to ripen their full flavor. They freeze extremely well. 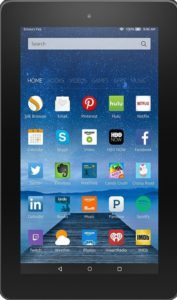 To celebrate her tour, Suzanne is giving away a grand prize of a Kindle!!
Click below to enter. Be sure to comment on this post before you enter to claim 9 extra entries! https://promosimple.com/ps/c9e0

Posted by Chastity Ray at 3:42 PM No comments: 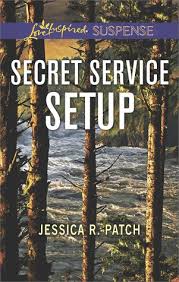 Jody Gallagher knows what it means to "have loved and lost", she loved Evan Novak with all her heart. Yet it wasn't enough, at the first sign of trouble he threw her under the bus to save his own skin. She lost her secret service career and her self respect.  She's not bitter about it really, well maybe a little, she lost everything and Evan lost nothing. She's just lucky her cousin Wilder believed in her and allowed her to join the Covenant Crisis team. It wasn't her dream job but she was lucky to have it and she would do anything to prove herself to Wilder and the team. Even if it means protecting the hide of the man who broke her heart and ruined her career.

Evan Novak did the one thing he swore he would never do, he became his father. He drank way too much and messed up on a job. Instead of taking the heat like a man, he let Jody take the fall. It hurt to watch everything she worked so hard far be taken away, but, the secret service was what he lived for, it was everything to him. That was before he gave his life to Jesus. He knows he's made mistakes and he will spend a lifetime making them up to Jody, if she would just talk to him!

Jody and Evan are appointed by their respective teams to protect the senator on his campaign trail. It should be easy enough but when a shooter infiltrates the rally and takes aim at Evan all bets are off. Who would want to kill Evan and why? How did they get past CCM, the secret service and the local police? With questions piling up and no answers Jody does the last thing anyone expects. She vows to protect Evan with her life, no matter the costs.

Jessica Patch has the ability to write a story that will keep you on the edge of your seat and restore your faith in humanity all at the same time. I was floored when Jody volunteered to protect Evan at all costs. I mean, let's be honest, how many of us are willing to lay down our lives for our friends? Much less for someone who has already cost us everything we hold dear? That just speaks to Jody's character, she never gave it a second thought! Throughout the story Jody struggles with her relationship with God. She's mad at the things that have happened in her life and she believes God has let her down. I think too often we, or at least I am, are too quick to blame God for people's actions. I admired Jody though, because no matter how much she struggled with God and how she felt about him, she never let it stop her from being a decent human being. It's just who she was, she always thought of others before herself.

I expected Evan to be a class A jerk, I mean, who allows the love of their life to lose everything because you made a stupid mistake. At any point and time he could have spoken up and said "I was the one" but he never did. As you get into the story and learn more about Evan you can't help but feel sorry for him. He had a dad who was an alcoholic, determined to climb the ladder of success and when he hurt those he loved he gave empty apologies and promises. It's no wonder Evan has trust issues and wanted so desperately to make something of himself.  Once he came to Christ though, Evan was a different man. He wished he could go back and fix past mistakes, but he can't, all he can do is try to make things right. He's determined to live a life that means something and that's why he fights so hard with the demons of his past.

There are tons of twists and turns and gasp out loud moments in the Secret Service Setup. Ms. Patch had me guessing until the very end! Most of the time I have a pretty good idea of who's behind all the mayhem, but I was completely wrong on this one. I can't say enough about how much I enjoyed the Secret Service Setup.  Even if intrigue isn't your normal genre I hope you will give it a try. I promise you, you won't regret it!

You can grab a copy here: Secret Service Setup

* I was provided a free copy of this book. All opinions are my own.
Posted by Chastity Ray at 11:30 AM No comments: