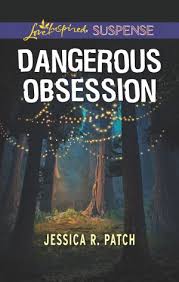 In her latest installment in her Security Specialists series Jessica Patch tells us Wilder Flynn's story. To me he is by far the most intriguing member of the group because he keeps his emotions close to his vest. I can never quite figure out what he's thinking because just when I think I have it figured out he throws me a curve ball!


Wilder Flynn is a man of deep emotions but he won't let it show. He's a shameless flirt but it's a coping mechanism to keep women at arms length. It's not that he doesn't want to love and be loved, but he feels like he's let the women close to him down time and time again. He longs to have a family but the ghosts of the past come back to haunt him at the worst times. He tells himself he's content to run Crisis Covenant Management, CCM, and protect his team, but every now and then a particular Cajun woman calls all that in to question.

Cosette LaCroix is a behavior analysis specialist for CCM and she is very good at her job, if she does say so her self. She is an expert at reading body language and can tell when people are being deceitful a mile away. Of course that hasn't always been the case, she's made some serious mistakes in the past but it's best to leave the past in the past. Besides working for CCM Cosette has a share in a therapy practice with another doctor. She loves her patients and believes in the work she is doing. When a threat from her past makes itself known, Cosette fears she will lose all that she holds dear, including her life.

This is the greatest book ever!! Okay, I know I say that about a lot of books I read, but I swear it's true! There could not be two people who are more right for each other than Wilder and Cosette. Both have strong personalities and are fiercely protective of those they love. They are also stubborn and pigheaded! They refuse to see what's right in front of their faces even though those around them keep pointing it out. Cosette desperately wants to find out what Wilder is hiding because she wants to help him heal. Wilder wants to know what Cosette's secrets are because he can tell she's hiding somehing and she is scared.

Dangerous Obsession is the perfect blend of drama, intrigue and suspense. Oh, did I mention it has a surprising twist! It truly is one of the best books I have read in a long time and I know you will love it as much as I do.

*I was provided a free copy of this book and was under no obligation to post a favorable review. All opinions expressed above are my own.

You can grab a copy here: Dangerous Obsession
Posted by Chastity Ray at 1:50 PM