A Hopeful Heart is the first book in Amy Clipston's Secrets of the Lancaster Grand Hotel. It follows widow Hannah Glick as she manages her family and horse farm after her husband's passing.

One thing is perfectly clear from the start, Hannah loves God and misses her husband terribly. She's forced to make choices that she never thought she'd have to.  Will she work outside the home? How much should she work? Will doing this or that dishonor her late husband's,Gideon, memory? Things would have been so much easier if her beloved Gid hadn't died four years earlier from a heart attack.

She thinks she has life figured out and things seem to be going okay. Sure, she has an aching loneliness, usually late at night when she's alone, that she shares with no one, but she has a great job and wonderful kinner. Everything is fine until she accidentally walks in on a shirtless man while cleaning rooms at her job at the Lancaster Grand Hotel.  She could die from the embarrassment but manages to bow out gracefully, almost.

That one chance encounter is all it takes to set Hannah's and Trey's lives on paths they could never imagine. They find themselves bumping into each other and quite by accident. They strike up an unlikely friendship after sharing they both lost spouses. They share a bond and a grief that nobody else can understand.

The book also introduces us to Joshua, Gideon's brother, who carries a torch for Hannah and always has. He loves her children as his own and he believes if given enough time, Hannah will finally see what he believes is right in front of her face. His love for her.

I thoroughly enjoyed this story. The characters were so real. You could literally feel what they felt. Amy did an excellent job of bringing the whole cast to life. I could relate to Hannah's struggle to find God's will for her life while feeling herself being pulled in different directions.  Often times as a wife and mother I have ideas on how I think things should go but God says "Well, hang on there a minute! That's not my plan for you".  The hardest thing to do is follow God's will when it goes against everything you thought you knew or have been taught from a young age. To stand strong in your resolve when your whole world seems to be falling apart. 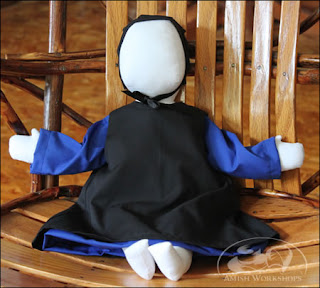 What would you be willing to give up to follow God's plan for your life? Would you do it? Or would you go the path of least resistance and stay with what you know? For me, I've chosen both paths at some point. I would like to think the next time I'm challenged by God I'll follow Hannah's lead and trust him no matter what.

A Hopeful Heart (A Hearts of the Landcaster Grand Hotel Novel)
Posted by Chastity Ray at 12:08 AM