For Love and Honor 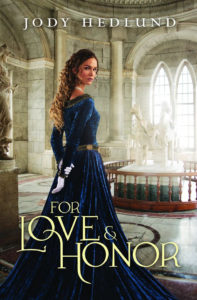 Book: For Love & Honor
Author: Jody Helund
Genre: Young Adult Historical
Release Date: March 7, 2017
Lady Sabine is harboring a skin blemish, one, that if revealed, could cause her to be branded as a witch, put her life in danger, and damage her chances of making a good marriage. After all, what nobleman would want to marry a woman so flawed?
Sir Bennet is returning home to protect his family from an imminent attack by neighboring lords who seek repayment of debts. Without fortune or means to pay those debts, Sir Bennet realizes his only option is to make a marriage match with a wealthy noblewoman. As a man of honor, he loathes the idea of courting a woman for her money, but with time running out for his family’s safety, what other choice does he have?
As Lady Sabine and Sir Bennet are thrust together under dangerous circumstances, will they both be able to learn to trust each other enough to share their deepest secrets? Or will those secrets ultimately lead to their demise?

My Thoughts: Jody Helund has done it again! This is such an amazing book with just the right amount of drama, intrigue and suspense. The characters are real and relate-able even if they are flawed. I was hooked from the start and couldn't put it down until I finished the last word. I hope you will give For Love and Honor a try. 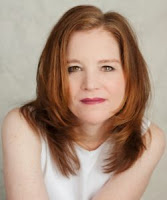 Jody Hedlund is a best-selling and award-winning author who loves fairy-tales and happily-ever-afters. She makes her home in Midland, MI with her husband and five teen-aged children. When she’s not writing another of her page-turning stories, you can usually find her sipping coffee, eating chocolate, and reading.

Is Chivalry on the Brink of Extinction?
By Jody Hedlund
With the release of Fifty Shades of Grey movie and its popularity, I can’t help but wonder about the long-term consequences that such ideology will have on how people view relationships.
Already, too many couples struggle to maintain happy, healthy relationships. In fact, it’s become almost a weekly occurrence to get news of another friend or acquaintance who is dealing with a spouse cheating or leaving.
Mutual respect, loyalty, honor, and self-sacrifice have become out-dated, forgotten, or tossed aside in place of short-term pleasure that often leaves people feeling hollow and empty.
I honestly can’t help wondering where chivalry has gone, and not just the man-doting-on-the-woman chivalry. But mutual chivalry, the kind where each person in the relationship puts the other in high esteem, uplifts them, and makes a concerted effort to protect and cherish (both emotionally and physically).
Has chivalry become antiquated in our modern society? And even if it has, should it be outdated and on the brink of extinction? Should we be making more of an effort to reclaim mutual respect in relationships?
The kind of respect that does things for someone with no thought of getting anything in return.
The kind of respect that is graciously honest about problems instead of sneaking around and being unfaithful.
The kind of respect that is willing to sacrifice and see the needs of others instead of demanding our way and our own needs be met first.
As my teenage children enter into dating relationships, I worry about the influence of movies like Fifty Shades of Grey. I worry that they’ll see dysfunction as the norm. I worry that they’ll settle for a lot less than they should in their relationships. I worry that they won’t even know the meaning of chivalry.
Of course, we’re having candid conversations about all of these issues. Of course, my husband and I attempt to model mutual respect. And of course, I’m praying my teens work on growing their own character so that they can be strong and ready for whatever they might face.
But one of the things I’ve done over the past couple of years is write a young adult (YA) series that is aimed at some of these very issues The third book, FOR LOVE & HONOR, just released this spring (and can be read as a stand-alone). Since the story is set in medieval times amidst castles, knights, and ladies, chivalry is already a huge part of that era.
More than giving readers a glimpse of chivalry, however, I hope the book sparks some discussion about what it means to have healthy, respectful relationships. The book contains reader questions at the end that youth groups, moms and daughters, or friends can use together.
It’s not just another dating book. Instead it’s a fun and entertaining story that can hopefully facilitate discussion regarding what it means to truly demonstrate chivalry in our relationships.
So what do YOU think? Is chivalry on the brink of extinction? What are some ways we can make sure that we don’t lose it?

May 2: Lighthouse Academy
May 2: Inklings and Notions
May 2: Bibliophile Reviews
May 3: God’s Little Bookworm
May 3: Ashley’s Bookshelf
May 3: Blogging With Carol
May 4: Faithfully Bookish
May 4: Smiling Book Reviews
May 4: A Greater Yes
May 5: The Fizzy Pop Collection
May 5: Chas Ray’s Book Nerd Corner
May 5: Just the Write Escape
May 6: The Scribbler
May 6: Moments Dipped in Ink
May 6: Zerina Blossom’s Books
May 7: cherylbbookblog
May 7: Back Porch Reads
May 7: Jeanette’s Thoughts
May 8: The Artist Librarian
May 8: A Baker’s Perspective
May 8: Book by Book
May 9: A Path of Joy
May 9: Cafinated Reads
May 9: I Hope You Dance
May 10: Kristin’s Book Reviews
May 10: Black ‘n’ Gold Girl’s Book Spot
May 10: Neverending Stories
May 11: D’S QUILTS & BOOKS
May 11: Radiant Light
May 11: Karen Sue Hadley
May 12: Pause for Tales
May 12: Just Commonly
May 12: Have A Wonderful Day
May 13: Bigreadersite
May 13: Daysong Reflections
May 13: Debbie’s Dusty Deliberations
May 14: Book Bites, Bee Sting, & Butterfly Kisses
May 14: The Important Things in Life: God, Books, & Chocolate
May 14: God1meover
May 15: thewitsabout
May 15: Faithful Acres Body Soul Spirit
May 15: Baker Kella
May 15: Remembrancy 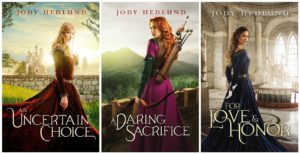 To celebrate her tour, Jody is giving away all three books in the Noble Knights Series!
Click below to enter. Be sure to comment on this post before you enter to claim 9 extra entries! https://promosimple.com/ps/b6fc