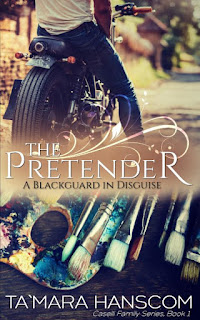 Noah and Tillie seem fated to be together even though they are from entirely different backgrounds. Noah lost his parents at an early age and was raised by his older brother and wife. At first Noah was a good kid getting into minor trouble, but as he grew older he turned to drinking and drugs to help him deal with his loss, along with his time spent in the war. Noah has no plans to cleanup his act despite numerous attempts by his brother and sister in law to convince him to do just that. Then in walks Tillie.....

Tillie is the youngest of the Caselli family and the only girl. She is the light of her family and her brothers have nicknamed her, Angel. She doesn't mind, in fact she signs all of her artwork as Angel. She has the honor of being a part of the Junior Artist of America with her school and getting to compete in competitions. Tillie is a good girl and has never broken a rule in her life, so when a couple of her friends decide to try the bar across the street she stays behind. Tillie and her friend, Ginger, quickly become worried when their friends haven't come back after several hours. They decide they should go rescue them before they all end up in trouble. It's on this night that Tillie Caselli meets Noah Hansen and their lives are changed forever.

Although I enjoyed the pretender very much it was a bit of a long read for me. It wasn't boring by any means, but I felt like sometimes the story had gottn bogged down. I loved the concept of love at first sight and how sometimes you have to hold onto hope when the future looks bleak. I loved how the author included all of the family and not just one or two characters. You feel like you really know the Casellis, as if they could be your neighbor down the street.

I felt for Noah, like most vets, he has trouble talking about the war and deals with it in the only way he knows how. I admired him for sticking to his guns even when everybody else thought he was crazy. I hate that he had to suffer so much heartache, but I am glad he was able to finally turn it into something positive.

If you are looking for an engaging read I hope you will give The Pretender a try. Don't forget to enter the giveaway below!

Here's what others are saying: http://litfusegroup.com/author/THanscom 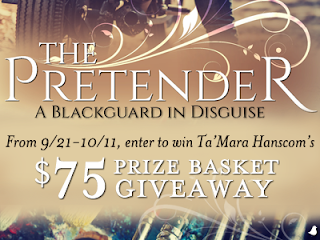