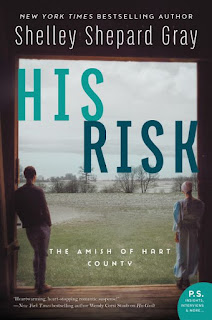 Calvin Fisher has done things he isn't proud of but that doesn't make him a bad man. He has spent a lifetime trying to overcome the deamons of his past. When his sister in law, Waneta, calls telling him his brother has cancer and asking him to come he's willing to risk everything to be by his side. Will this one choice cost him everything he holds dear? Or will it offer him so much more?

Alice Yoder is a good girl with quite the stubborn streak. She made a few mistakes during rumspringa and it seems her parents won't let her forget it. Whether they hold her close to protect her or because they don't trust her, it hurts. She sees herself as firecely independent and wants her parents to know and trust that she's turned over a  new leaf. Her brothers try to help her as much as they can, even allowing her to house sit when their families go out of town. It's on one such occasion that she meets Calvin Fisher. The man seems strange and mysterious, oozing trouble, but, she can't help but feel drawn to him. Why does she feel such a connection to this English man? Could it be that it's because he used to be Amish, or, maybe he just needs a friend? Either way Alice can't help but be consumed with thoughts of Calvin Fisher.

Calvin knows he's had a troubled past and has to be careful not to allow his two worlds to collide. No longer is he the reckless youth, drinking and doing drugs, as most people back home think he is. He's actually a confidential informant for the DEA and has managed to infiltrate a gang, the Kings. Of course, he can't tell anyone that! As much for their safety as his, but when he meets Alice Yoder, well, he wonders if someday, somehow they could have a future together. She's unlike any woman he's ever met. She's spunky, not afraid of him or to ask questions, yet she's sensitive and innocent. Maybe they can't have a romantic relationship but surely that can be friends.

Despite his best intentions his two worlds do collide and what happens next is sure to keep you on the edge of your seat.

His Risk is a definite must read for book nerds everywhere! It is rare that I find a story that grips me so that I actually gasp out loud from shock. Shelly Shepard Gray has a knack for crafting stories that touch her readers and leave them wanting more. Rarely do I read mysteries, but this one is so well crafted I couldn't put it down! The ending made me cry a little and yes, even at times I found myself rooting for "the bad guy". There are a ton of  lessons that can be learned from His Risk but I think the most important may be, never judge a book by its cover. We never know the whole story behind what happened to someone that made them make the choices they made. We can't honestly say we wouldn't make the same choice, because we won't know unless we are in that situation.

His Risk is an awesome book that has everything a book lover could want: drama, intrigue, love and even a touch of "who dunnit". I believe you will love it as much as I do.  So, grab a copy and settle in for a thrill ride you won't soon forget.

Hear what others are saying about His Risk: His Risk 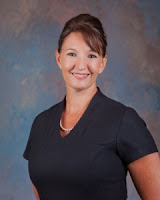 Shelley Shepard Gray is a "New York Times" and "USA Today" bestselling author, a finalist for the American Christian Fiction Writers prestigious Carol Award, and a two-time HOLT Medallion winner. She lives in southern Ohio, where she writes full-time, bakes too much, and can often be found walking her dachshunds on her town's bike trail.
Find out more about Shelley at http://www.shelleyshepardgray.com.
Posted by Chastity Ray at 2:19 PM