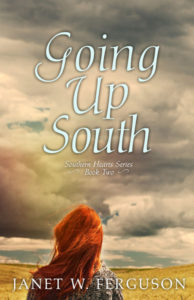 No one told him he had a son.
Actor Dylan Conner is furious. Not only has he been left out of his child’s life, the baby boy has been given another man’s last name. Determined to be a better father than the sorry guy who’d left him and his mother, Dylan fights to ensure a significant place in his son’s life. Unfortunately, his bad-boy reputation overshadows his good intentions. Only one woman in this small town sees beyond his Hollywood image. And he’s falling for her. Too bad she’s the custody mediator.
After her scandalous divorce in the small town of Oxford, Mississippi, attorney Cassie Brooks has no intentions of practicing law again. The humiliating experience left a bitter taste for love, marriage, and her profession.
Now friends need Cassie’s help in a custody negotiation, and her role demands she remain objective. She never expected to be drawn to Dylan Conner—the actor who everyone warns is bad news. Not only is the mediation at stake, but so is her heart.
My Thoughts: Going Up South is a book about love, friendships and how messy life can be. It reminds us that although we live in a fallen world we have hope in Christ.  Cassie's favorite book of the Bible is James and she refers to it often. Especially the verse about taming the tongue. You can imagine how hard that has to be given the situation she has offered to help mediate.  It only gets more complicated as time goes on and tempers flare. Despite their differences, and believe me there are plenty in this group, they never let that deter them from being the hands and feet of Jesus.
About the Author 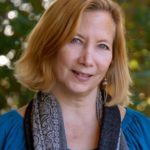 Janet W. Ferguson grew up in Mississippi and received a degree in Banking and Finance from the University of Mississippi. She has served her church as a children’s minister and a youth volunteer. An avid reader, she worked as a librarian at a large public high school. Janet and her husband have two grown children, one really smart dog, and a few cats that allow them to share the space.


Hi, I’m Janet W. Ferguson, and I’m so excited to meet the readers of Celebrate Lit!
I’ve always been an avid reader, but I’ve had an odd career path prior to writing.
With a Banking and Finance degree, I took my first job working at a brokerage firm handling their mutual fund trades. After the market crashed in the late 80s, I took a job managing a large, upscale apartment community. During this time, I married and became a stay-at-home mom and church volunteer. My volunteering eventually led to a staff position as children’s minister. After five years, I felt my calling had changed, and I left the job, not really sure what God had in store. Haphazardly, my husband suggested I apply at our local schools. Not long afterward, I certified in teaching and became the library media specialist at the large public high school near our home. I met so many wonderful young people as children’s minister and high school librarian.
During my times as a librarian, I had a story idea for about seven years, but never made time to try my hand at writing. Finally, after my elderly parents passed away, and I felt it was time. I wrote every evening for three months, and finished my first story which was Leaving Oxford. I spent the next three years learning about the craft of writing and editing that story. Yes, there was much to learn! In the meantime, one secondary character from Leaving Oxford demanded his own story… From that, cameGoing Up South.
I tend to write what I know, and I’m from the peculiar and wonderful state of Mississippi. My first story was set mostly in Oxford, Mississippi. The charming town made the perfect backdrop for book 1. So book 2 is also mostly set in Oxford, although the characters go on a mission trip to Honduras.
The hero of Going Up South, Dylan Conner, is a funny and charming actor that made a number of appearances in Leaving Oxford. From outrageous costumes to intense flirting, he just had a personality as large as the characters he portrayed on the screen. In Going Up South, he realizes that he fathered a child, but he had been left out of the baby boy’s life. Though he’d never planned to have a family, due to his disappointment in his own father, seeing the child, his child, changes his mind.
Dylan’s not sure how he’ll raise a child or what to do, but he finds help in his new friend and custody mediator, Cassie Brooks.
The scripture theme for this series comes from Isaiah 61. This particular book draws on “He binds up the brokenhearted.”
The heroine, Cassie Brooks, is still hurting from her scandalous divorce in a small town. Unlike my last heroine in Leaving Oxford, Cassie had done things the way she’d been taught, avoiding alcohol, drugs, and sex outside of marriage. And her heart was still broken by an unfaithful husband. I wanted to show that life just hands out some tough blows, no matter how hard we try to do the right thing, but God is there in the midst of it all. He does bind up our broken hearts.
I pray that you are uplifted by this story, and whatever hurts life has dealt you, that you find comfort in the arms of our faithful Father. Blessings! 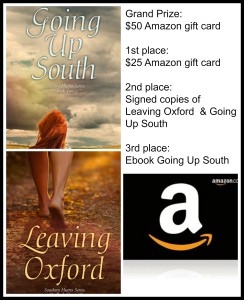 To celebrate her tour, Janet is giving away some fantastic prizes including a $50 Amazon gift card! Click here to enter: https://promosimple.com/ps/9e33