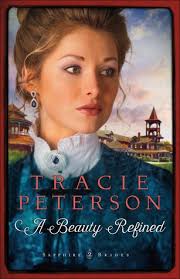 Graf Von Bergen is on a business trip to America. He is to be buying sapphires from Ceylon for the Dutchess She has deemed those the best, but he has found he can ger beautiful sapphires elsewhere. Not only are the sapphires beautiful in Montana, they are also a great deal cheaper. Even with his travel expenses he can still save a great deal, of course he doens't plan on telling the Dutchess they aren't from Ceylon, nor does he plan to give her the money he saves. The Graf is a man used to getting his way, one way or the other. He commands, rather demands respect and will not tolerate anyone crossing him or getting in his way.

Phoebe Von Bergen is excited to travel with her father. She has heard much about America and can't wait to see if those stories are true. Used to her father's temper she doesn't think much about it when he barates the hired help. Afterall, if they did what he asked he would have no reason to get upset. She isn't cold hearted, but after losing her mother at such a young age she does tend to make excuses for his unacceptable behavior. Phoebe is nothing like her father, she takes after her deceased mother both in looks and in manners.

Due to her father's frequent meetings, Phoebe tends to spend a lot of time by herself. She dones't mind however, there is plenty to do and explore both at the hotel and in the city of Helena. On one of her excursions touring the grounds she bumps into Ian and Kenny. They quckly become friends and she enjoys spending time with the duo.

A Beauty Refined is a story that reminds us things aren't always what they seem. Graft Von Bergen seems to have everything a man could ask for: money, social standing, a handsome son and lovely daughter and a dream job of buying gems for a Prussian Dutchess. However, a long held secret comes to light and threatens to destroy the very image that the Graft has tried so hard to contain.

This is yet another wonderful work of art by Tracie Peterson You will fall in love with the characters and be carried away back in time to a world most have forgotten. Of course, if you're like me you won't love all the characters. Along with the Graft there were a few others who made my stomach turn. It's hard to believe some people can really be that despicable. It's not all doom and gloom however, and I don't mean to give you that impression. There is also love, friendship and families restored. A Beauty Refined is a must read for those who love historical romance, and if you've never read a historical romance novel then I recommend you start with A Beauty Refined. You won't regret it!

*I was given a copy of A Beauty Refined by Tracie Peterson from Bethany House Publishers in exchage for an honest review. The opinions expressed above are my own.

You can grab a copy here: A Beauty Refined
Posted by Chastity Ray at 1:44 PM