A Letter From Lancaster County 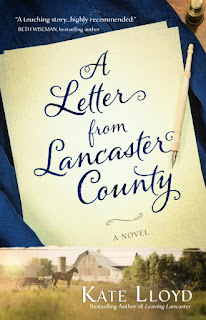 Two sisters get a second chance at life and love.

Angela---Her mother's untimely death, a struggling marriage, a strained relationship with her sister, Rose, and regrets over what might have been haunt her. Despite being a wife and mother, she feels she has little to show for her life.

Rose---Still single, she longs for a husband and children. But Angela has all that and she isn't happy. Rose wants to be closer to her older sister, but she and Angela couldn't be more different. Both strong women, will their sibling rivalry ever end?
***
When a letter arrives from Lancaster County, Pennsylvania, Angela and Rose decide to visit Aunt Silvia, their mother's Mennonite sister, in the heart of Amish country. This vacation could provide the opportunity both sisters need to sort out their issues. And yet instead of finding a new way of connecting with each other, Angela and Rose discover surprising family secrets that add to their strife and threaten Rose's romance with a new Beau.

Through it all, the two sisters must find the faith necessary to face their personal problems and allow God to restore hope and healing to their heats as only He can.

Out of the two sisters, my least favorite was Angela. She seemed to find fault in everyone and everything. She's wealthy and has a world of options and opportunities, yet she whines and complains about how her husband doesn't pay her attention and her kids don't seem to want her around. I felt like she could have been stronger, stood up for herself and made her concerns known. She did, eventually, but it was after her visit with Aunt Silvia. Maybe she just needed a little bit of encouragement and understanding to gather her strength to make a change.

Rose has had more than her fair share of disappointment and I probably related to her the most. From a young child she has felt "less than" her sister, less pretty, less popular, you name it and she was the least favorite.  An incident in high school has scarred her for life, so much so she never shared it with her closest family. She carries a heavy burden and doubts even God can help her. She prayed for him to heal her mother from her illness and when he didn't she figured he wouldn't care about a nobody like her. With Aunt Silvia's kind encouragement, Rose starts to believe that maybe something good can happen to her. Maybe she deserves a second chance, not only at life and love, but at a relationship with her sister.

I was beyond happy this book had a happy ending! For a while I was sure Rose and Angela would kill each other leaving Aunt Silvia to clean up the mess! Relationships are messy, especially ones with family, but if A Letter From Lancaster County teaches us anything, it's we have to try. I was proud of both Rose and Angela for all they overcame, they're flawed but ultimately wanted what was best for each other. I should warn you, this is no lighthearted read, it will tug on your heart strings and make you think about relationships you have in your own life. That being said, I enjoyed the book and believe you will too.  I hope you give A Letter From Lancaster County a try. If you do, come back and let me know what you think!

* I received a free copy of this book. All opinions expressed above are my own.

Here's what others are saying: http://litfusegroup.com/author/KLloyd 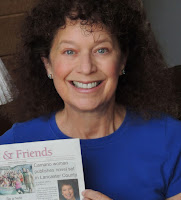 Kate Lloyd is a bestselling novelist whose books include "A Portrait of Marguerite" and the Legacy of Lancaster trilogy. A native of Baltimore, she enjoys spending time with friends and family in rural Pennsylvania and is a member of the Lancaster County Mennonite Historical Society. She now resides in the Pacific Northwest with her husband.

Find out more about Kate at:  http://katelloyd.com
Posted by Chastity Ray at 3:33 PM